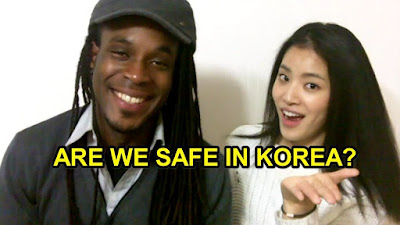 We have all seen on the news reports of growing tension with North Korea. 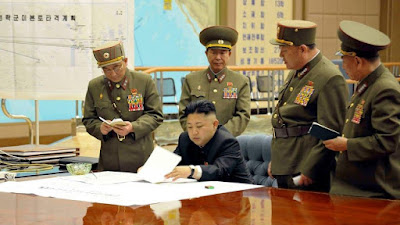 The news makes it sounds like  a war is about to start and that it’s very dangerous to be in Seoul.
I have been living in Seoul for over eleven years now and I can honestly say I think cable news is just being sensational about it like they are with everything else.
They need to fill hours of television and keep it interesting so people continue to tune in so they can continue to sell advertising.

In my eleven years in Seoul, I have constantly seen on the news that North Korea does something then the U.S.A. says they need to stop. Both sides continue to push each other, but nothing ever happens.
I have family back in the United States who call me worried when they see something on the news. They hear that people in Seoul are very worried and preparing for a war. The reality couldn’t be further from the truth, people are just living their life here, shopping, partying, working, hiking, and everything else you can think of. The one thing I don’t see anyone doing is stressing out about war. Because they know, like I do, that the media is making a mountain out of a mole hill.

The way I see the situation is this, imagine you are cooking a piece of toast in your toaster. Now you left the toaster on a little to long so your toast is black and there is a little smoke. It’s not a big deal. Now imagine the media has heard about your burned toast. Instead of saying “Today some toast was burned” they say “Huge fire!!!”

To be completely honest, I feel much safer here in Seoul than I do in my hometown of Chicago. Chicago is a great city, but we do have a lot more crime than Seoul. Its not just me, being a foreigner means you meet a lot of ofter foreigners from many different countries, the one thing I hear over and over again is that Seoul is so much safer than there home countries.

If it were so dangerous they wouldn’t be hosting the 2018 PyeongChang  Winter Olympic Games here. If the governments of world really thought it was that dangerous they would have moved the games to someplace else. If you are worried about traveling to South Korea because the threat of North Korea my advise is don’t believe the scare mongering in the media. I highly recommend visiting South Korea.

0Shares
Previous PostWhy so many people from overseas go to South Korea to have plastic surgery?Next PostDr. Chul Hwan Seul were nominated to be a leader of PRS Korea 2017
We are using cookies to give you the best experience. You can find out more about which cookies we are using or switch them off in privacy settings.
AcceptPrivacy Settings